The first Village Hall was the former Methodist chapel on Clifford Road. This had been vacated by the Methodist Church when they moved to their new Chapel on Spa Lane and had several uses over the years up until 1868 when it was put up for sale by auction.  A public meeting was held on 21st May 1868 and at that meeting it was decided to raise funds to buy the old chapel for the benefit of the village. The property was duly bought and held in the names of five trustees, Messrs Carroll, Haigh, Wheelhouse, Padman and Abbey.  By 1889 all the trustees had either died or left the area so the Charity Commissioners were requested to appoint new trustees and to create a scheme for the re-election of trustees and this was vested in the Parish Council.

The new trustees were Messrs McLaughlin, Clayton, Wood, Scatchard and Stuart and in 1901 additional trustees, J O Andrews, H Whitham and T L Shann were appointed.  Although the old chapel did have a gallery a scheme to try and provide additional accommodation together with a billiard room failed due to lack of adequate space. However in 1902 Capt J R Lane-Fox (of Bramham) promised to give a new site for a new hall and this promise was honoured by his heir George R. Lane-Fox*.

Under the chairmanship of J O Andrews the trustees agreed to build a new hall at an estimated total cost of £1700. At that time it was intended to start a Boys Brigade in connection with the hall and the Gymnasium which was later renamed the Drill Hall and is now the Jubilee Room. The hall comprised the main hall, the drill hall, a smaller room off the main hall, a committee room, a billiards room and an office for the Parish Council  Fund raising started and on 27th and 28th May 1909 the new Trustees Hall was opened with a two day Grand Bazaar which was to raise £500 and clear the hall of debt. The Bazaar was opened on the first day by The Hon Mrs G R Lane-Fox and on the second day by the Rt Hon. J Lloyd Wharton MP. On both days admission before 6.00pm was 6d. (2½p) and after 6 pm it was halved to 3d.

The hall was built by a local builder, Waddington & Carr and much of the money was given by F G Simpson in memory of his father Edward Simpson who had lived at The Moorlands and had started Stead & Simpson which became a national shoe manufacturer and retailer. The new trustees were F G Simpson, Murray Clayton, Hugh Tennent and Edward Harrison who lived at Bramham.   The rather unfortunate new front extension was added sometime in the 1960’s and this was remodelled internally in the 1990’s to provide disabled toilet facilities. As with many such halls money was, and still is, a problem. In the early years it had a membership and subscription but was used by nearly all the organisations in the village including an active drama group and for many years a very successful and popular New Years Dance was held.

In August 1969 a new Scheme was drawn up by the Charity Commissioners – a Foundation for the Trustees Hall where the day to day management of the hall was vested in a Management Committee with the property being technically vested in the Official Custodian. The management committee comprised representatives from the various users, representatives of the main churches and Parish Council plus some willing volunteers and in 1970 the name was changed to the ‘Village Hall’ although some of the older residents still refer to it as the Trustees Hall.

The Scheme was amended in 1991 to make the Parish Council the Custodian Trustee so that it could better assist the committee with structural repairs to the roof in particular and provide some financial support by way of grant each year.  * George Richard Lane-Fox, was born in 1870, was educated at Eton College and at New College, Oxford. He became a barrister in 1895 and married the Hon. Mary Wood, daughter of the Earl of Halifax, in 1903. In 1906 he stood for the Conservatives and defeated the long standing Liberal candidate in the Barkston Ash constituency. He represented his constituents until 1931 and during his time in Parliament served as Secretary of State for Mines. He was created 1st Baron Bingley, PC in 1933 and died in1947 and, having no male heir, the barony became extinct. 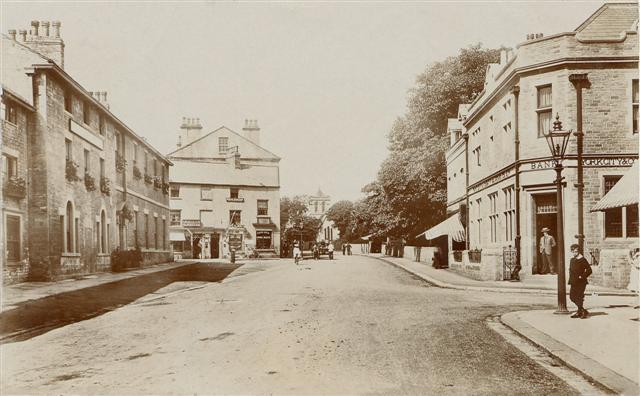 Boston Spa village was established following the discovery of a mineral spring in 1744. Read a short history of the village.

Boston Spa Village hall is in the centre of Boston Spa village. View us on the map here.